SPARKED is a short film that combines human dramatic performance with a group of computer controlled flying machines, resulting from a collaboration between ETH Zurich, Verity Studios, and Cirque du Soleil. Its visual textures are real – no CGI or wires, slow-mo or fast-forwards were used to enhance what you see.

Many of these research results have been fundamental to the realization of SPARKED. The seamless coordination of multiple vehicles, the design of suitable trajectories and choreographies, and the high reliability and robustness of the Flying Machine Arena infrastructure were key ingredients for the success of the film shoot.

SPARKED comes in the wake of several previous exhibitions of the Flying Machine Arena in action at live events such as TEDGlobal 2013, Zurich Minds, Google IO, Hannover Messe, and the FRAC Centre.

For three days, the Flying Machine Arena became a film set: Three hardwood work benches, 50 lamps, and other props were standing in. During the shoot the space also hosted the researchers, creative team, producers, technicians, and film crew as well as 11 actors – one human and 10 machines.

SPARKED: Behind the Technology 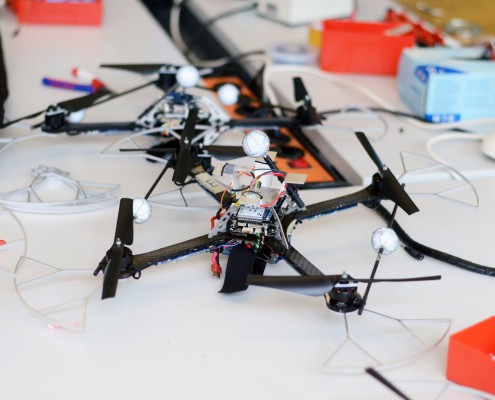 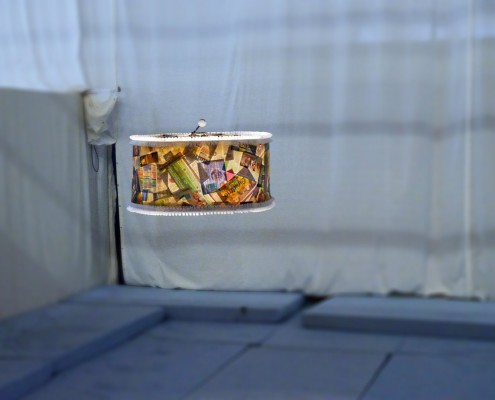 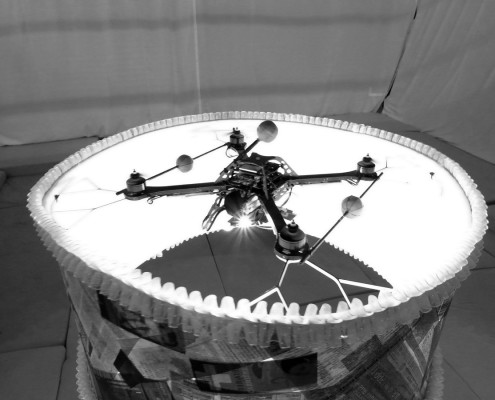 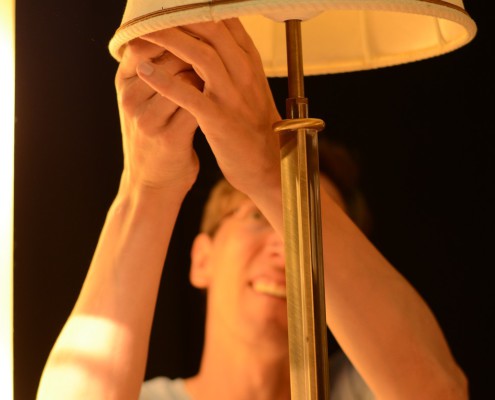 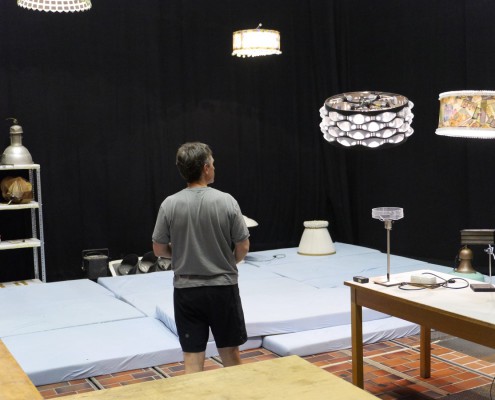 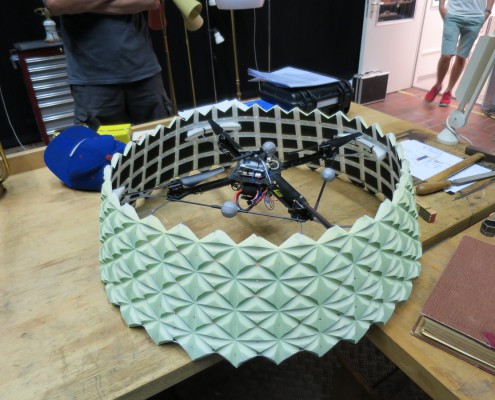 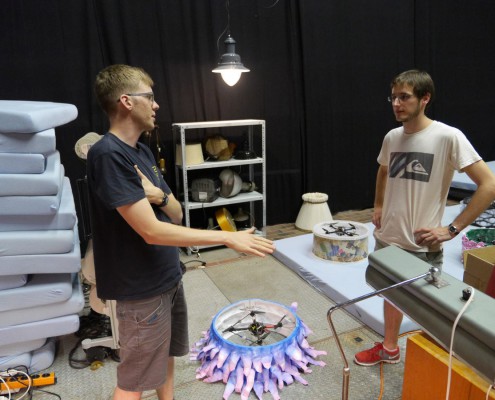 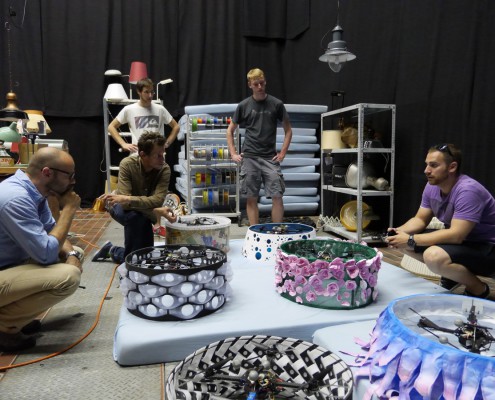 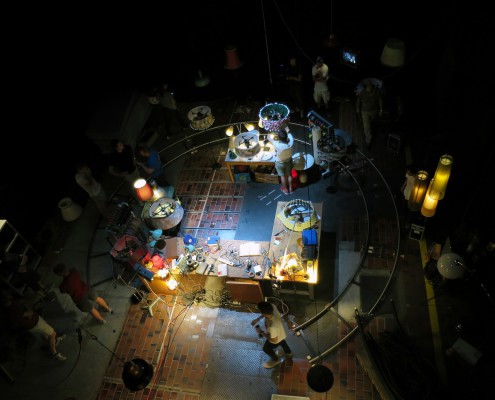 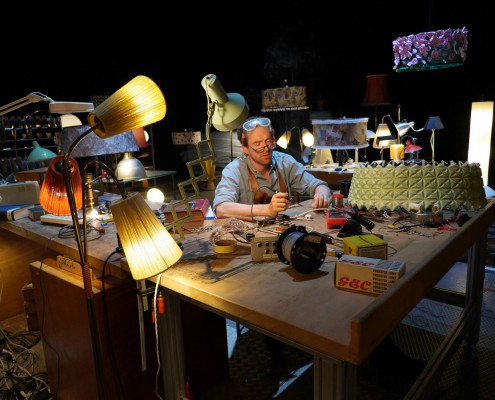 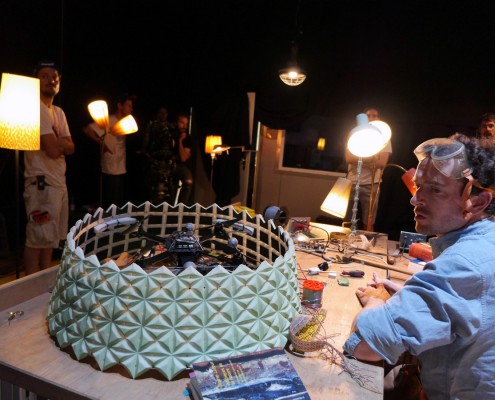 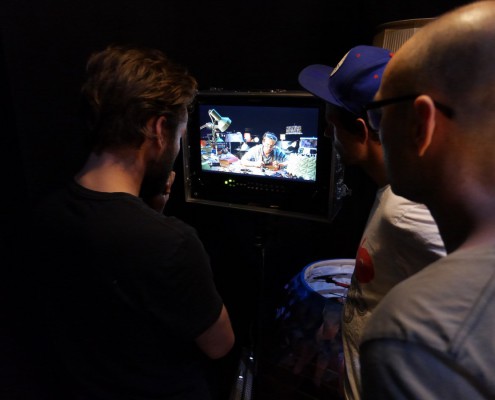 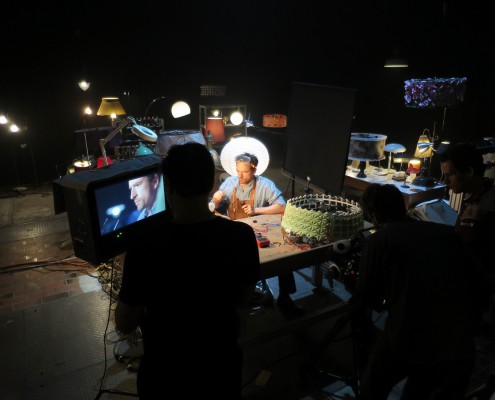 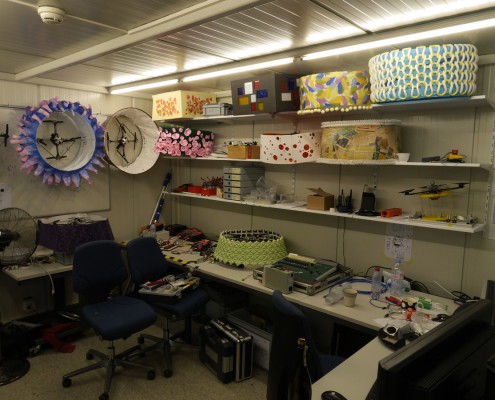 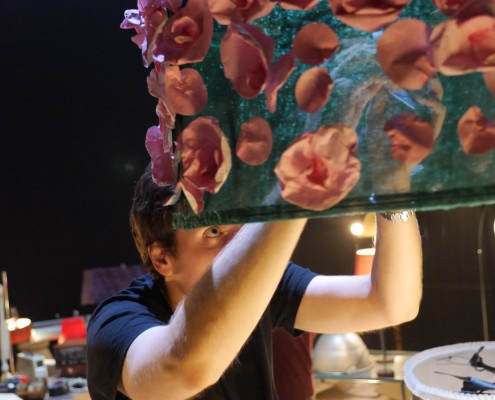 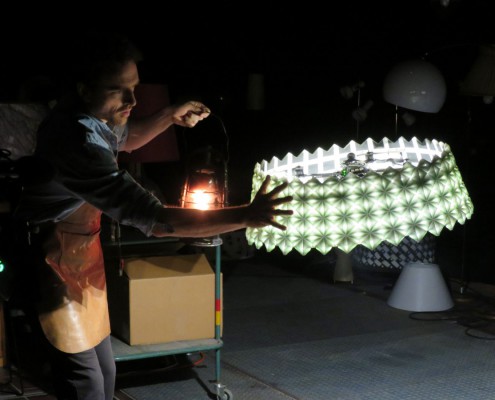 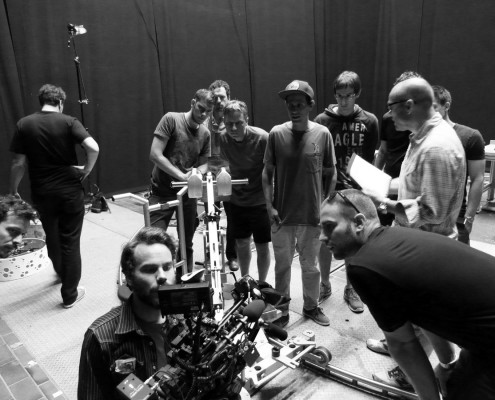 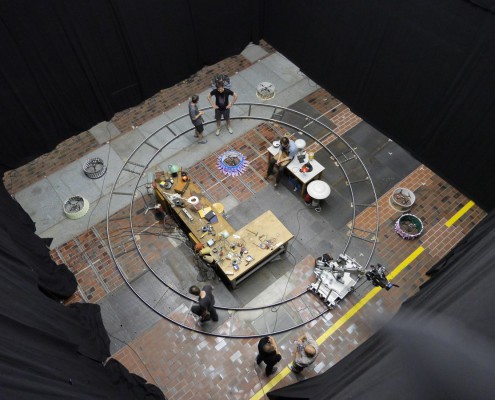 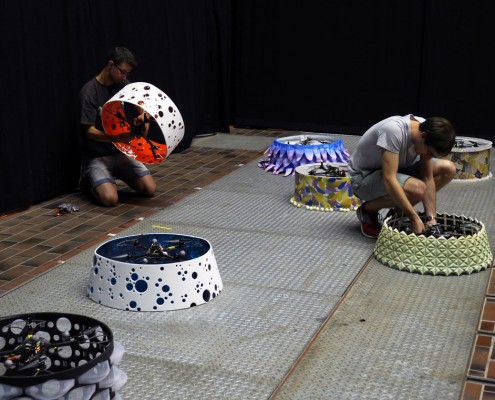 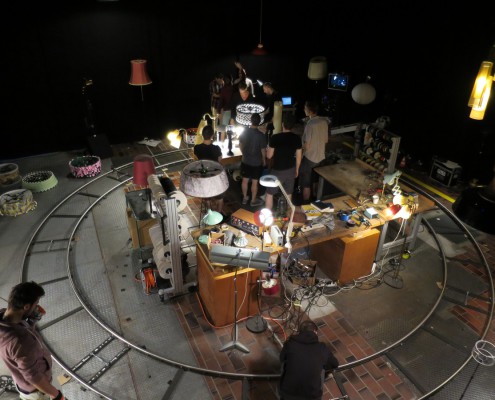 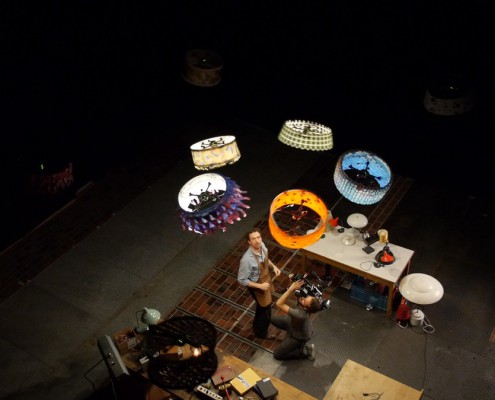 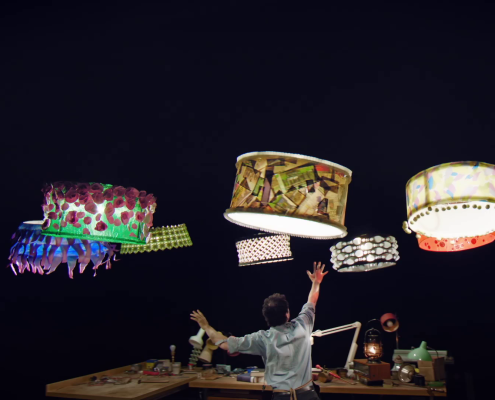 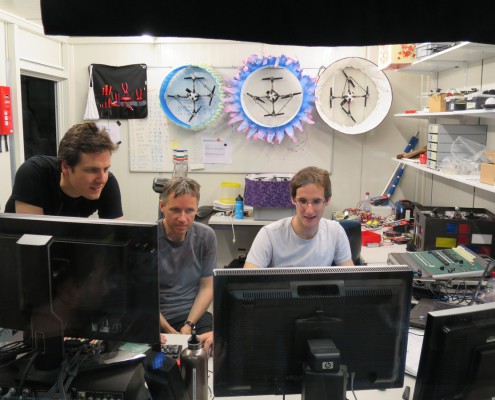 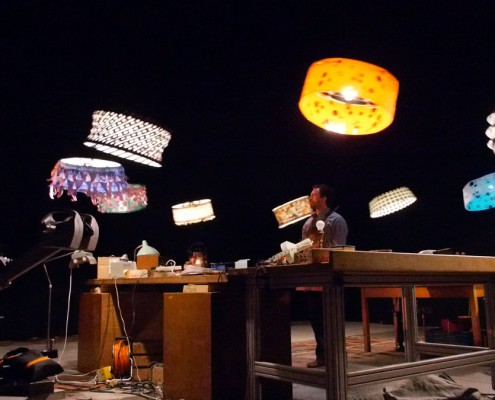